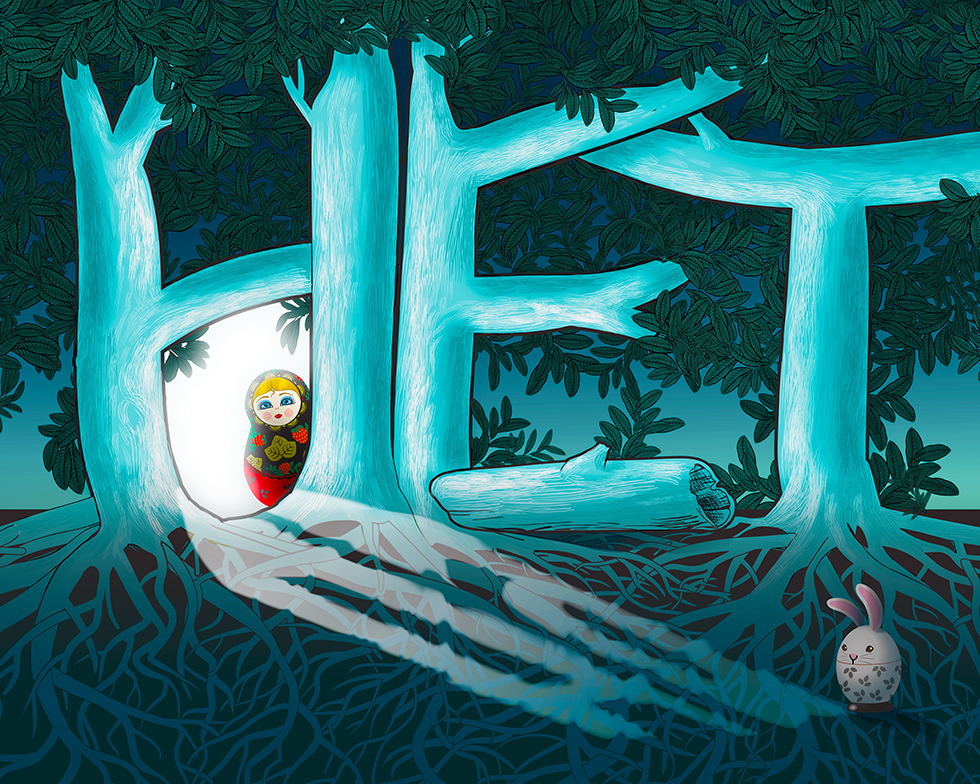 What’s with the Russian?

I have been signing my paintings in Cyrillic for years (often forgetting the mark above the the ee kratkoye or adding an extra ‘s’ in the process). Of course, the practice apparently raises some questions, especially now with all of the Russia conspiracy talk renewed. So here’s some answers (sort of):

No, I’m not Russian, and although I studied the language quite a bit, I barely speak it now. Signing my paintings simply seems too final an act. It implies total satisfaction with the result. But since people don’t usually like to collect paintings without one, I’m at least signing them with something. At the very least it can serve as a handy marker lest the buyer forgets who created the piece. It also helps to write the website on the back of the frame, may-the-URL-always-be-the-same :).

So why Russian and not some other language? Given my shallow understanding of Russian history and culture, it hardly makes sense. However, the ugly head of Lysenskoist evolutionary theory (the Soviet incarnation of the beliefs held by Jean-Baptiste Lamarckt ) has reared it’s head again. Therefore, the signature serves as my way of thumbing my nose at the whole scary prospect. Especially since Lysenskoism was practically a trademark of a particular brand of communism wrapped in unhealthy doses of deceptive sociology designed to curb and direct the behavior of it’s people. This way, an administrator never needed to muck about in the messy art of persuasion. A wickedly passive aggressive bullying technique at best, if you ask me.

If you’d like to see your own name written in Russian, please feel free to contact me.

Prints of the images below may be purchased here.