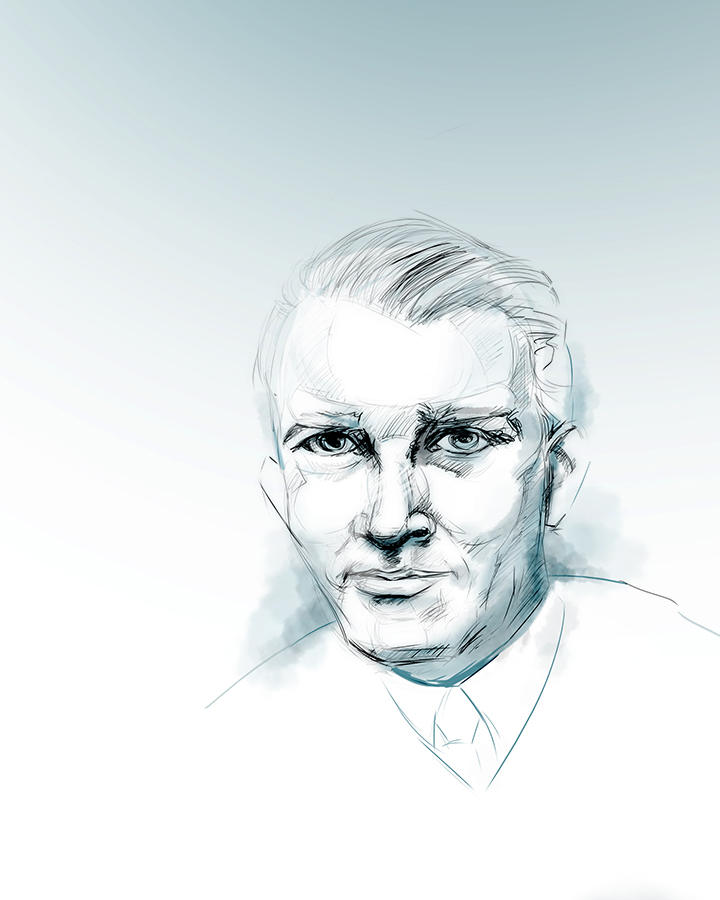 Wernher Magnus Maximilian Freiherr von Braun: one of the most important rocket engineers of the twentieth century

This  image was an experiment in editorial illustration using a hard round photoshop brush 3 sizes too small in order to give the piece a sketchy appearance. Yes, it looks editorial, but no, the drawing doesn’t look at all like Wernher Von Braun. He does have a prominent jawline and pronounced Supraorbital Ridge (yes, I had to look that up), so it wouldn’t be a problem if I were drawing a portrait, but to make a caricature from features common to many people is difficult for me.