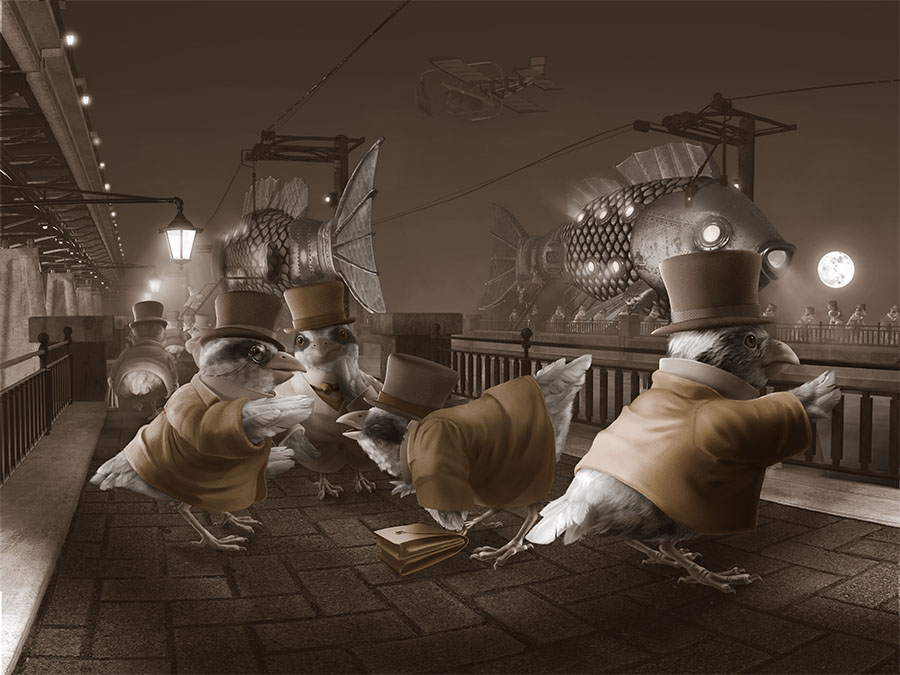 I read another artist’s post recently apologizing for not posting on Facebook in over a month. But that isn’t too unusual considering (you can probably look at the date and draw your own conclusions).

My own art misadventure seems to include painting until near completion before executing a series of missteps, all while playing a peculiar role of both passive observer helplessly groaning over the ensuing melee and active inadvertent saboteur.

The digital pieces, albeit more successful, tend to posses an insane amount of detail, most of which had been rendered by an outdated 3d program buckling under the weight of node arrays in order to employ PBR based materials. So the timeline can stretch over months before finishing. Since each piece seems to have assumed another meaning in the interim, I’m forced to either explaining each image and how they have nothing to do with prescience for whatever event crops up, or withholding the release of the image until current events settle into normalcy (not likely).

The explanation for this piece? It’s yet another commentary on commuter culture not unlike Commuter Fish, The Secret of Flight, and Raffi, Another Day at the Office II. If you’re really curious, please drop me a line for details.