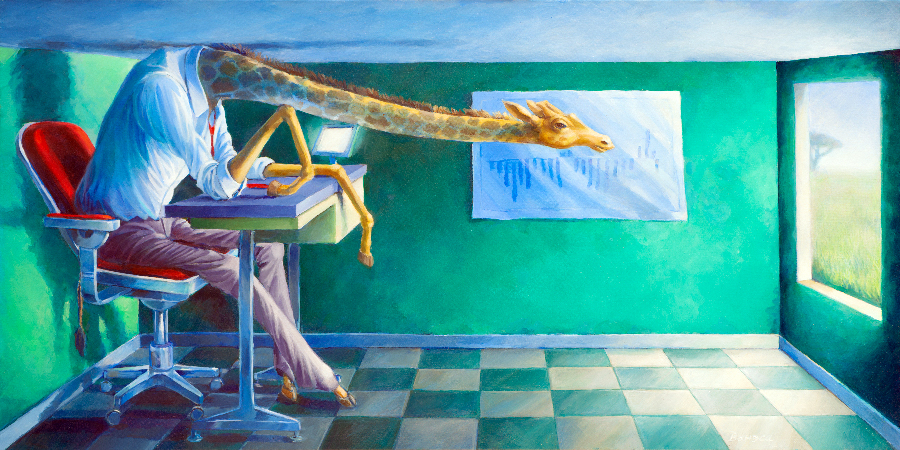 Raffi, Another Day at the Office II

This is one last attempt to portray an earlier concept. This piece is rare in the fact that it is a second edition of a concept using the same medium as the first. The initial attempt, while conveying longing, didn’t quite capture how ill suited the giraffe was for his office environment. The subject itself was inspired by a scene in the movie Incredibles where the hulking Bob Parr attempt to cope with a cubicle suited for three quarters of his girth.

A special note: the prints sold are not available in the ratio depicted above. Each will have a band of color above and below. Prints may be special ordered, however, by contacting me directly here.