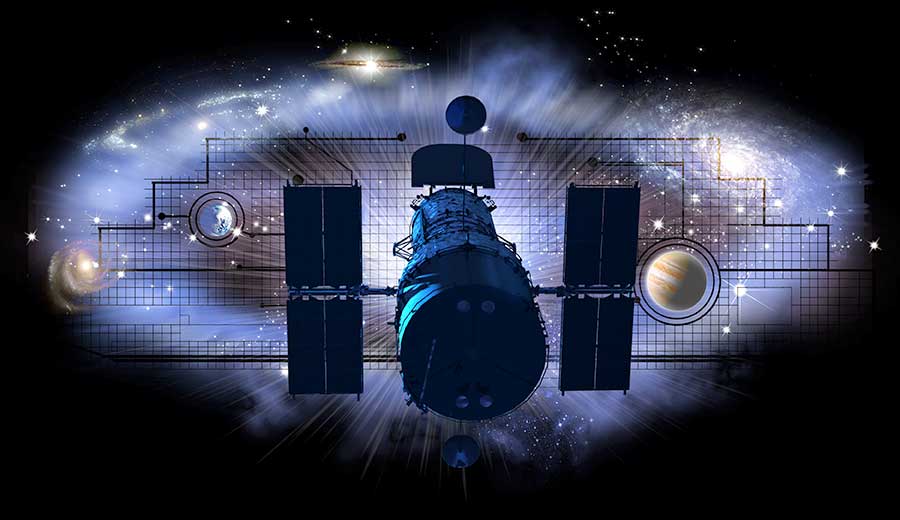 A little backstory: the Hubble Telescope has to be one of the most inspiring space stories in the twentieth century. Plagued by optic problems from the beginning, its bright if not blurry images showed promise of its full capability. The repair to the lens was one of the first daring missions to maintain the telescope, and its dazzling images it has been providing was reward enough for the repair. The telescope has continued to provide more than  twenty years worth of scientific data to date,  reshaping our perception of the universe .

The T-shirt image is fancifully backlit by nebulae, spiral galaxies, and planets. Although a grid system is sometimes used when imaging for the sake of reference, the one depicted is more decorative than factual.