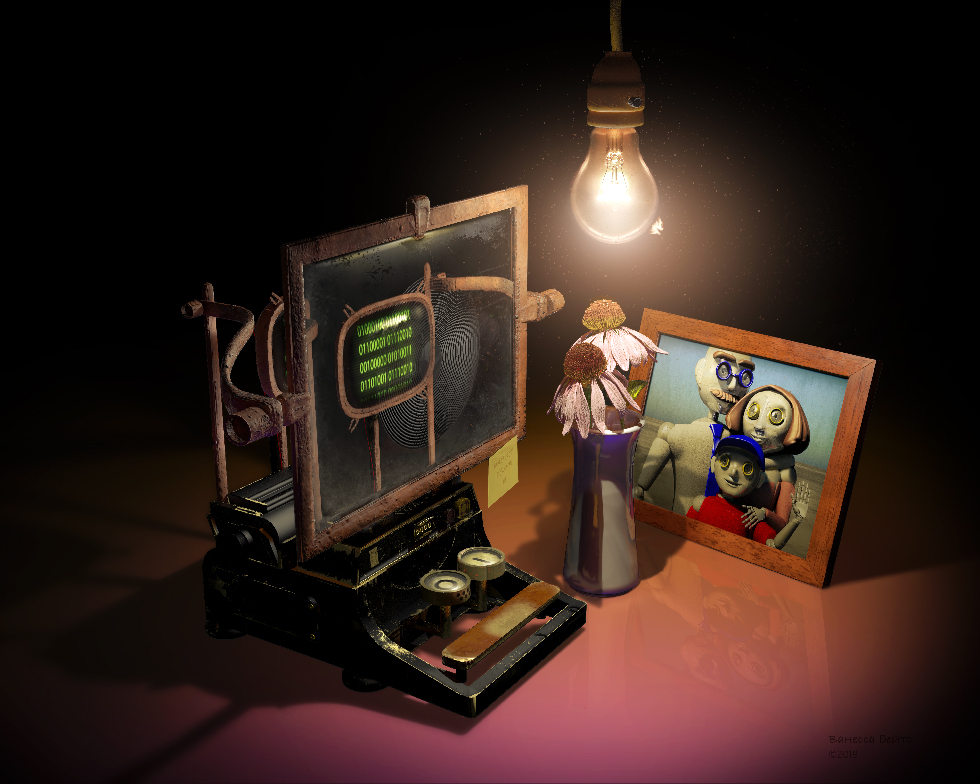 All purchases are made through my shopify page at Studio-in-Blue.myshopify.com.

“The future always comes too fast and in the wrong order.”

This image originally featured originally appeared in “Preoccupation” but has since been revised to include the flowers from Bee Series I (not yet properly titled) and a stock image of a live moth.

Fans of the film Brazil will recognize some of the inspiration, but the composition draws more from the confusion of sentience with artificial intelligence. The title of the work alludes to some of the concepts in Alvin Toffler’s book by the same name.

A portion of this piece uses a public domain model of a (Reorct?) typewriter by Andrew Kramer found via Video Copilot and Typosphere.