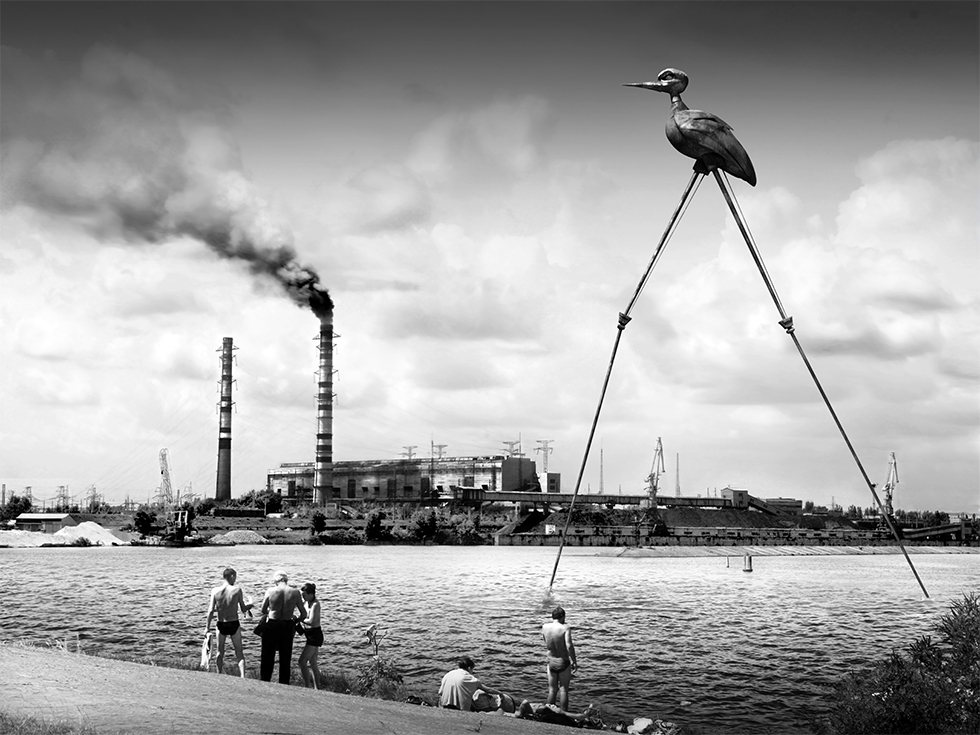 All purchases are made through my shopify page at Studio-in-Blue.myshopify.com.

The image started out as a grainy photograph of a retired dry dock on the banks of the Dnieper River in Ukraine. The smoke from one of the stacks was likely from someone working on a light industrial project—perhaps they were firing Trypillian inspired pottery to sell to the tourists visiting the Cultural Museum.

For this project we pulled the blue channel in Photoshop to give the scene a more ominous tone, while the smoke was darkened to create an air of heavy industrial activity. The inspiration was from the river silt itself: the only binder keeping the radioactive isotopes present relatively inert. One only has to imagine that the stir of the sunbathers feet or rotation of a propeller would be enough to activate small portions of Chernobyl’s legacy once again.

Special Note: the image here might be too small to show that the texture of this photograph is grainy and slightly out of focus, not unlike the effect of a Loch Ness Monster picture.