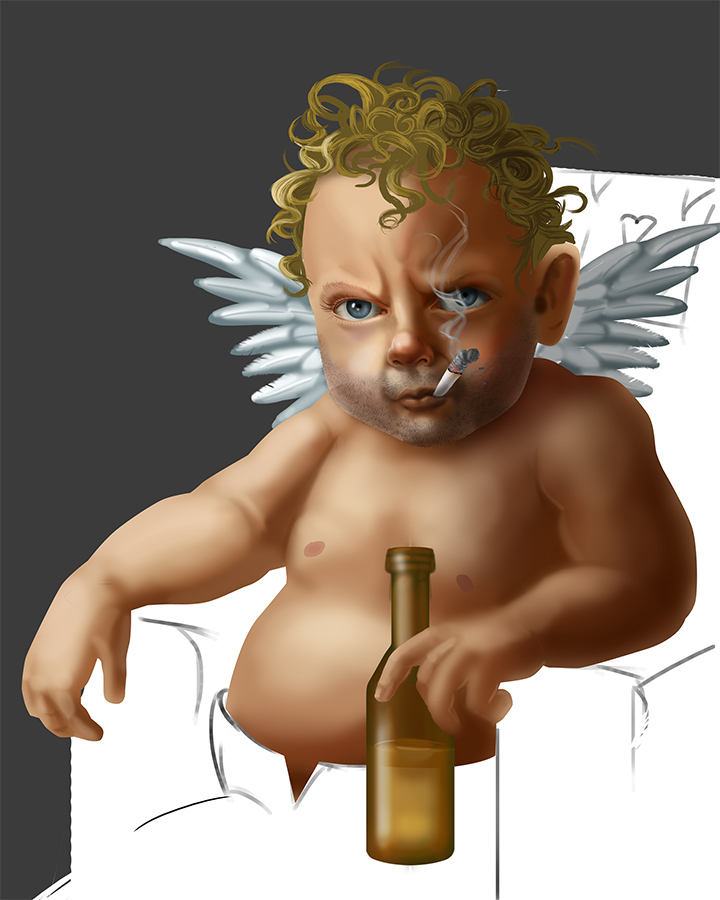 You can’t blame gravity for falling in love.

Another break from caricatures just in time for Valentine’s day…

I don’t know why watching Bridget Jones Diary would ever inspire this fellow because this guy doesn’t look as if he belongs in that universe.

Maybe this winged character is inspired more by my research trying to reconcile what connection a Greek deity like cupid (known to the Greeks as Eros I found out with a possible earlier origin than that) has with Valentine’s day. Let’s say this particular bit of internet wandering leads down a rabbit hole.

Regardless of how he came to be, here cupid sits, a work in progress in an easy chair with beer in hand. He is as grumpy as anyone would be had the viewer  interrupted a televised game. He is off duty, after all!

Much work remains but the face (the real subject of the challenge) is nearly finished.