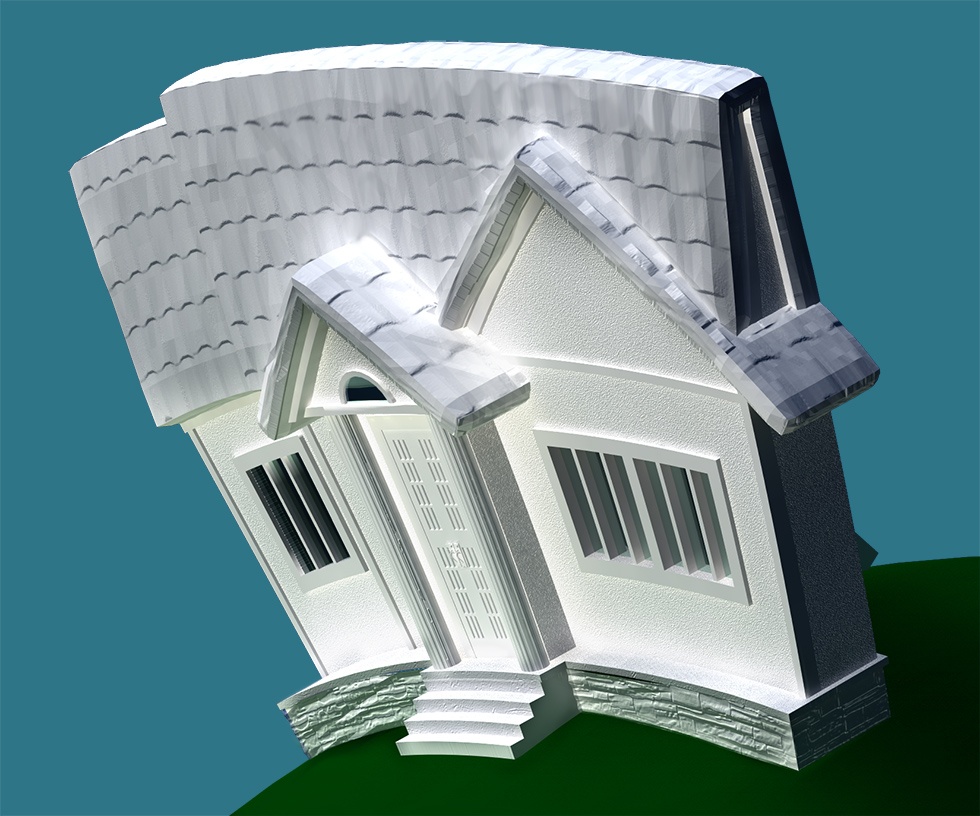 I’m getting there. At least the house is textured. In order to keep the UV map in place while exporting from Lightewave Modeler to Eon Vue, I’m having to first export my model as a Collada file before reopening it in Modeler. I then export it again as a wavefront object.

This round about way of importing a model successfully into vue probably fixes errors I unwittingly create when modeling. Vue 2015 should open any Collada file, but it doesn’t seem to handle complex shapes as well as it would in .obj format.

In case you would like to know where the “Redux” comes in, I’m recreating a painting that hadn’t sold. This is normally a foolhardy exercise, but so far I’ve been lucky and sold the new concept more readily than the old idea.