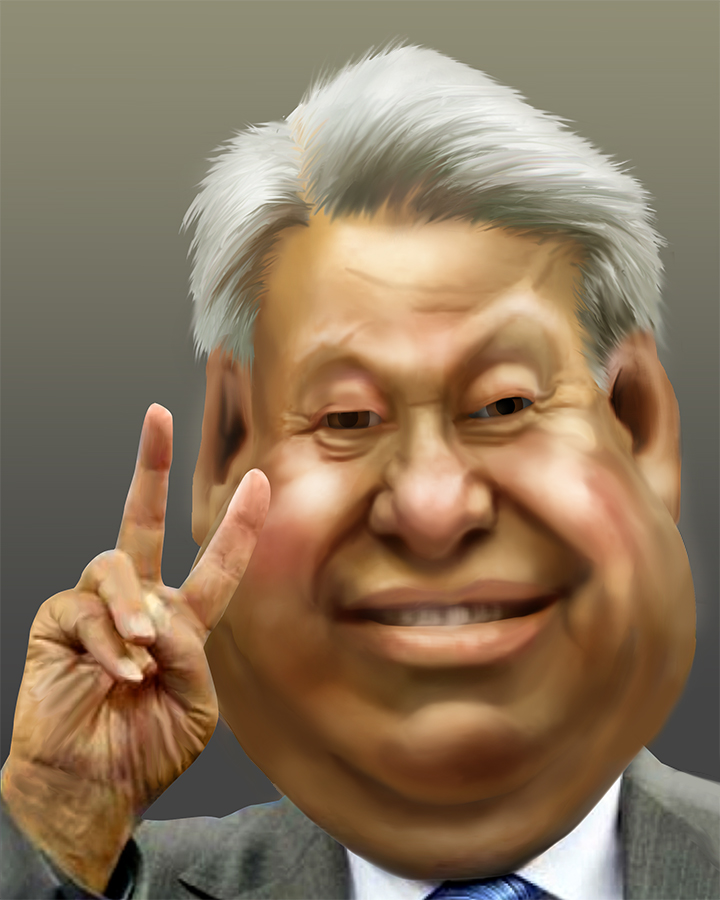 Let’s not talk about Communism. Communism was just an idea, just pie in the sky.

Sadly, this photo illustration of Boris Yeltsin probably will be the last post in this series (unless circumstances prove otherwise).

This isn’t exactly the most respectful portrayal of the man, either. One article gave a brief synopsis about how a sudden transformation of the soviet economic system from communist to capitalist caused collapse and rampant inflation. It conveniently glosses over how a tight circle of people who had executive powers under the old soviet system were able to exert this same authority to grab monopolies in the new economy.

Perhaps, as a former industrial engineer, Yeltsin wasn’t responsible for the rampant corruption during his terms in office, but then again, I’m a little too cynical.  After all, it doesn’t seem possible that a man can rise to power in a communist system without a keen awareness of who scratches whose back and how.