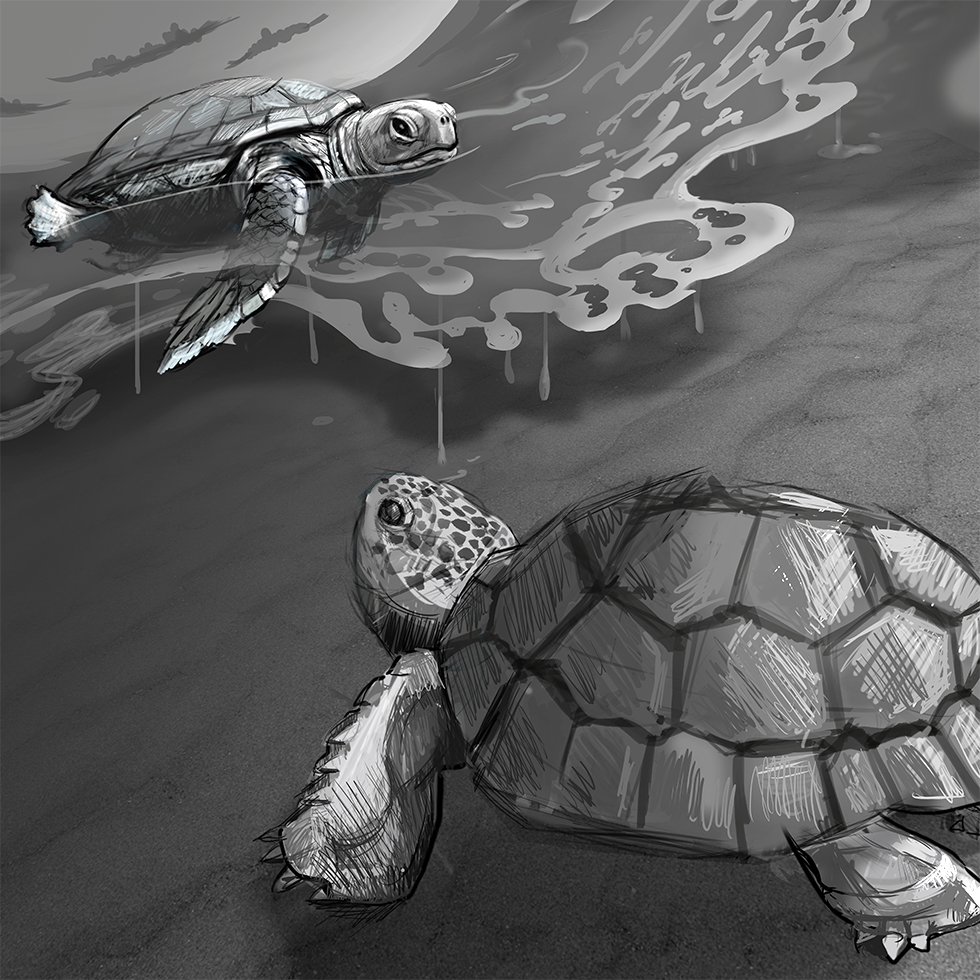 This is a re-creation of an idea that never gelled. Most of my artwork centers around improbable contrasts, so one featuring popularly depicted land and sea animals seemed promising. But I lacked a specific idea.

Enter a plea from the Florida Wildlife Hospital and Sanctuary: they asked people to stop rescuing sea turtles. As it turns out, the “sea turtles” were actually gopher tortoises. Although their forelimbs do have a fin-like appearances, these creatures lack the ability to swim. Given these tortoises look like they can put up quite a fight, I wonder how in the world anyone managed to catch one. And when they did, didn’t they notice the claws at the end of the “fins” or the shape of the back legs?

This is a tentative sketch, but I haven’t decided whether to draw this one digitally like it’s predecessor or paint it.

As a means of contrast with the sublime, the grotesque is, in our view, the richest source that nature can offer.
Victor Hugo